Snorkeling Over the Past 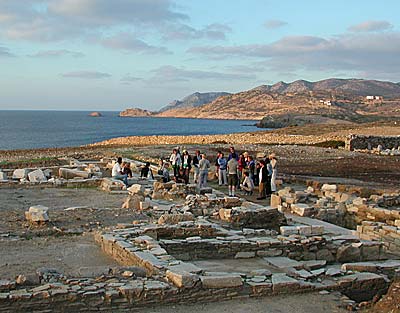 The program of underwater discovery, called Snorkeling Over the Past, is a regular part of the Center’s program. Students are introduced to snorkeling and explore bits of the past that help to put into context where we are, both physically and historically. For example we explore a Cycladic period (c. 4000 BC) quarry and foundation in shallow water between Paros and neighboring Antiparos.

A visit to a very important temple site (above) where excavations are currently underway is one of the above-water portions of the program.

Peter Nicolaides leads the program. He is a highly accomplished underwater archaeologist, marine biologist and marine ecologist. Peter worked with Jacques Cousteau and operates the Aegean Institute and the Aegean Diving College on Paros. 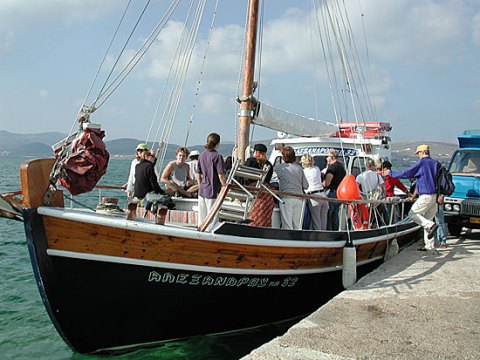 The Alexandros, a traditional fishing boat (called a kaiki in Greek) that transported students on the program. 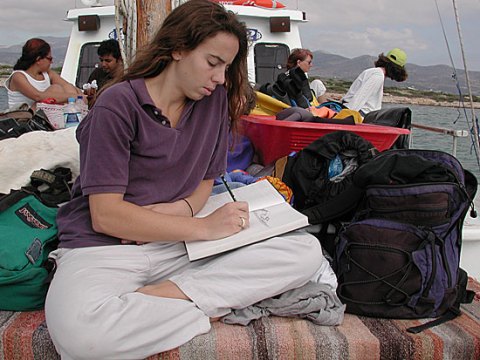 In the midst of archaeological exploration, Aegean Center students continue their artistic creation in the present. 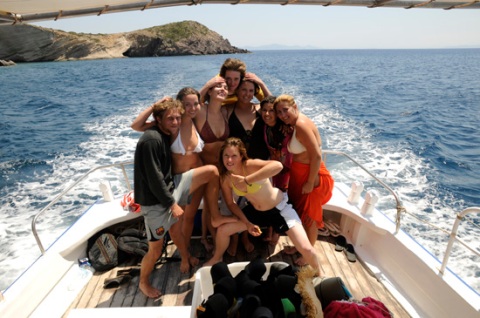 With wetsuits to keep the temperatures at bay, students depart to explore the archaeological sites below the waves.

Students and instructors alike enjoy lunch at a traditional taverna on Antiparos.

You are currently reading Snorkeling Over the Past at The Chronicle.